Caral Archaeological Zone (ZAC) is a public entity created by Supreme Decree N° 003-2003-ED of February 14, 2003 and ratified by Law N° 28690 of March 18, 2006.  It is fully autonomous in terms of scientific, administrative, and financial management.  Since July 2010 it has been attached to the Ministry of Culture as Executing Unit 003.

Caral Archaeological Zone (ZAC) is responsible for the research, conservation, and dissemination of the social and cultural values of Caral, the oldest civilization in the Americas. It is also responsible for preserving the important archaeological heritage of the Caral Civilization for the benefit of present and future populations. 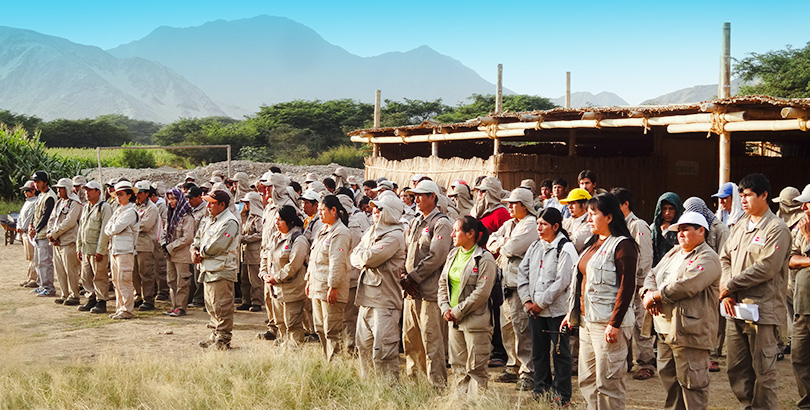 To research, preserve, and make widely known the historical, cultural and social values of the archaeological heritage of the original civilizing process that occurred in Peru; and to promote comprehensive and sustainable socioeconomic development in the surrounding villages, under the guidelines of the Master Plan, with a multidisciplinary approach.

The investigated and preserved archaeological sites are presented in a natural setting and in a developed and prosperous social context respectful of cultural tradition.  In this linking of the present with the past, projections are made to a future with better perspectives and safety, overcoming poverty and social exclusion.